One can’t become a Šiauliai resident – one must be born here. However, if you want to feel like local at least for a short time, try out the leisure ideas and recommendations offered by the very residents of the city of the Sun.

1. It even becomes sweet after climbing Salduvė (Lith. saldus – sweet) mound. Some count the steps, others go to the very top at full speed. In summer, there are lots of entertainments here, and in winter, many Šiauliai residents come here to go down the snowy slope of the mound. Even queues form! 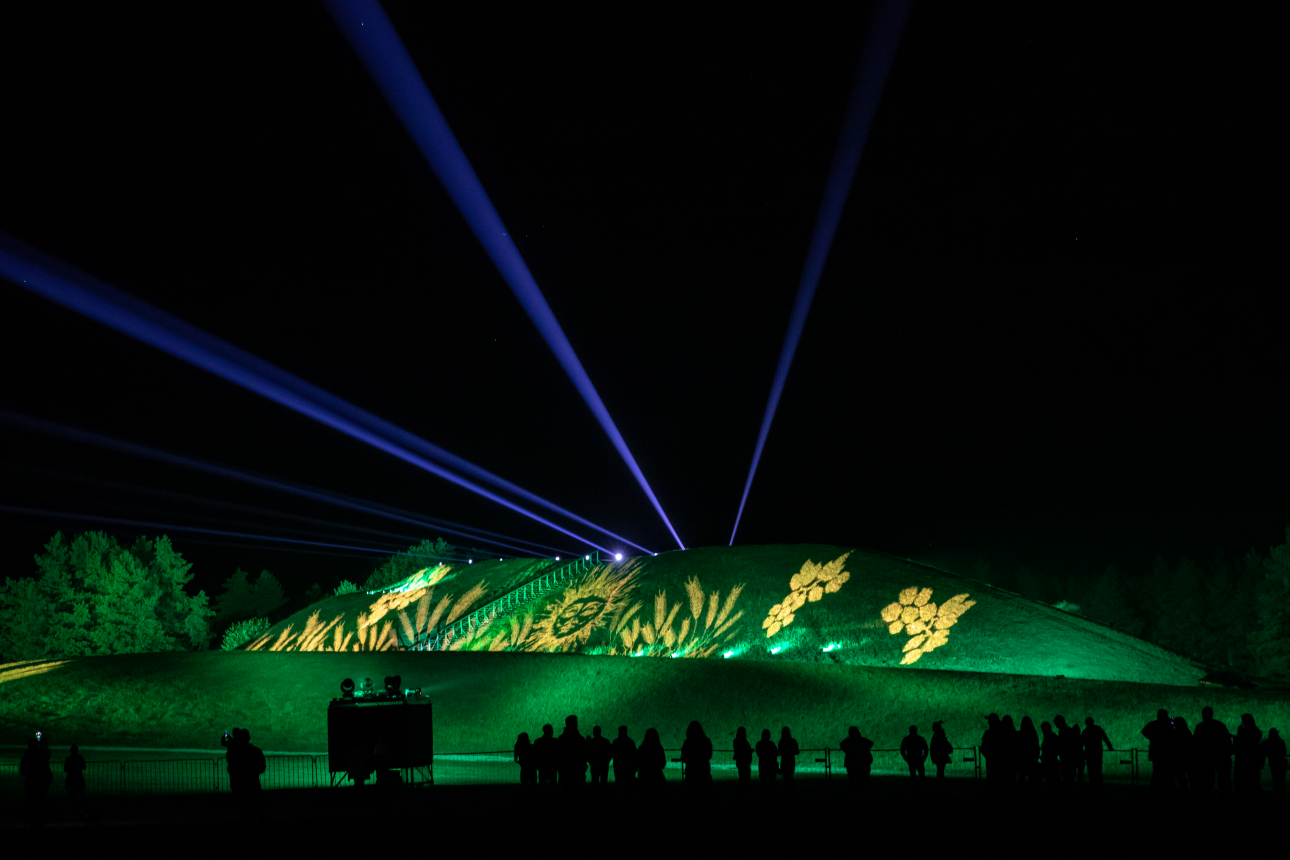 2. In summers, the smell of roses and the sounds of festival music attract to Chaim Frenkel’s villa-museum – this is the favourite place of Šiauliai people to spare their time for culture. The performances of Šiauliai Drama Theatre attract the audience thirsty for quality events. After all, it is such a festivity to dress up going to the theatre. 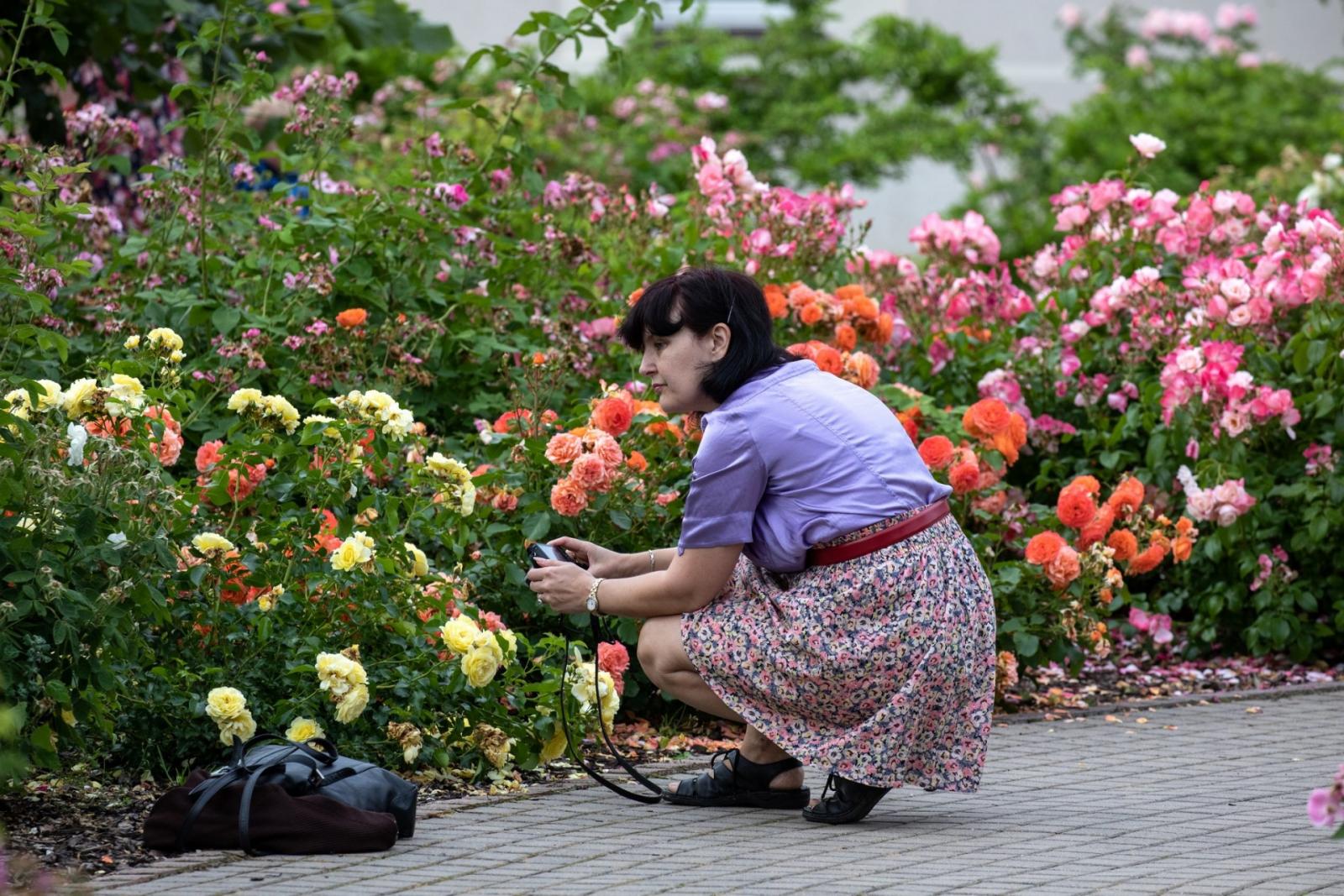 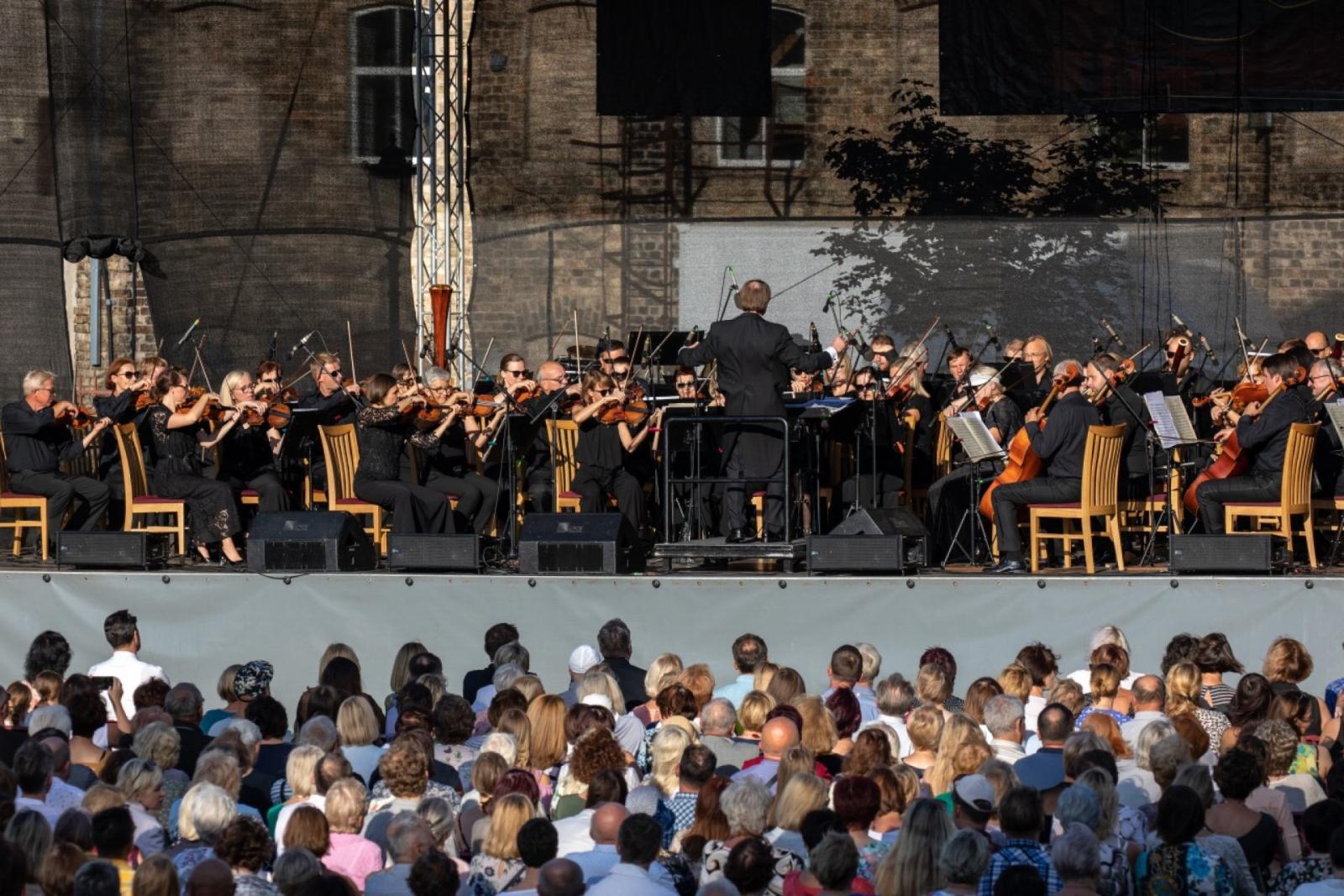 3. A walk on the shore of Lake Talkša and Salduvė Forest Park will be more pleasant if starting to walk, you stop at “Pas italą” for a coffee, cocoa, ice cream with toppings. Just don’t be lazy to stand in a queue, it is definitely worth it. 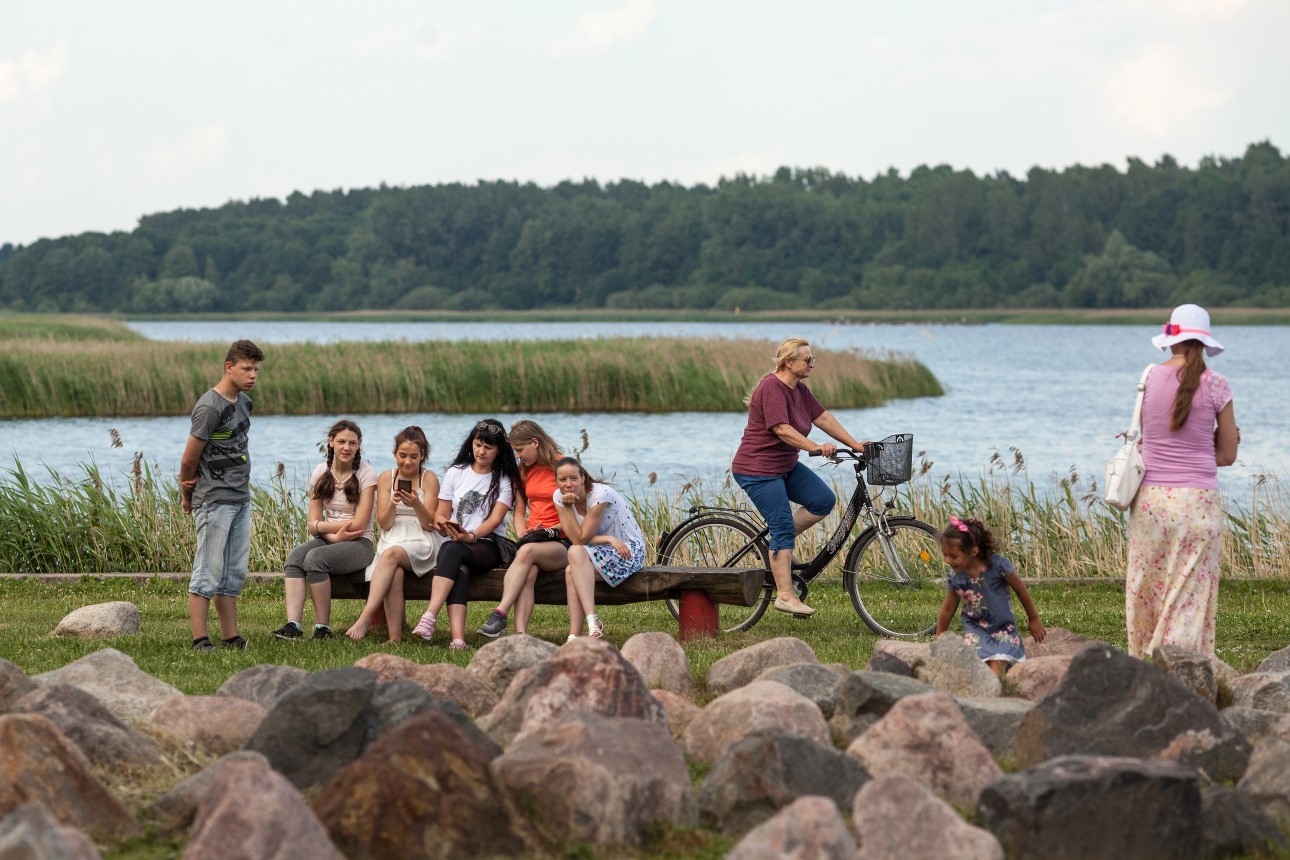 4. Guests who have dropped in Sundial Square often ask if concerts are held here, because it is just a perfect place for them! We are proud to answer that numerous events have already taken place here, while on ordinary days, life just goes at full speed here. To sit down in the renovated amphitheatre of the square, admire the sculpture “Šaulys” (the Golden Boy) or come on a date, or maybe admire the evening lights in a well-lit square – that is what the space of the highest sundial in Lithuania offers. 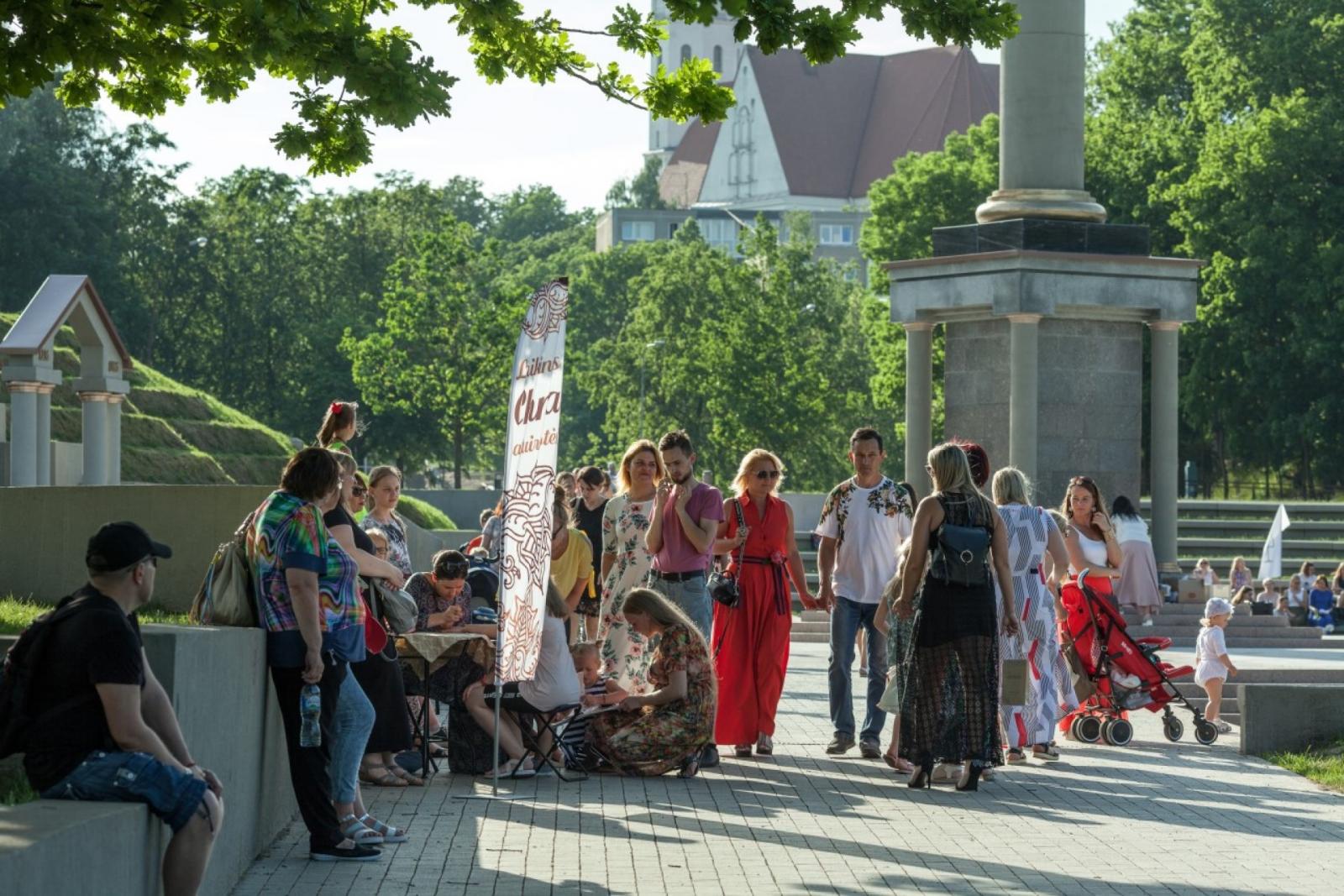 5. Šiauliai residents are friendly people, and friendships are strengthened by spending evenings together. “Rock ‘n’ roll” outdoor terrace will attract most visitors without competition. 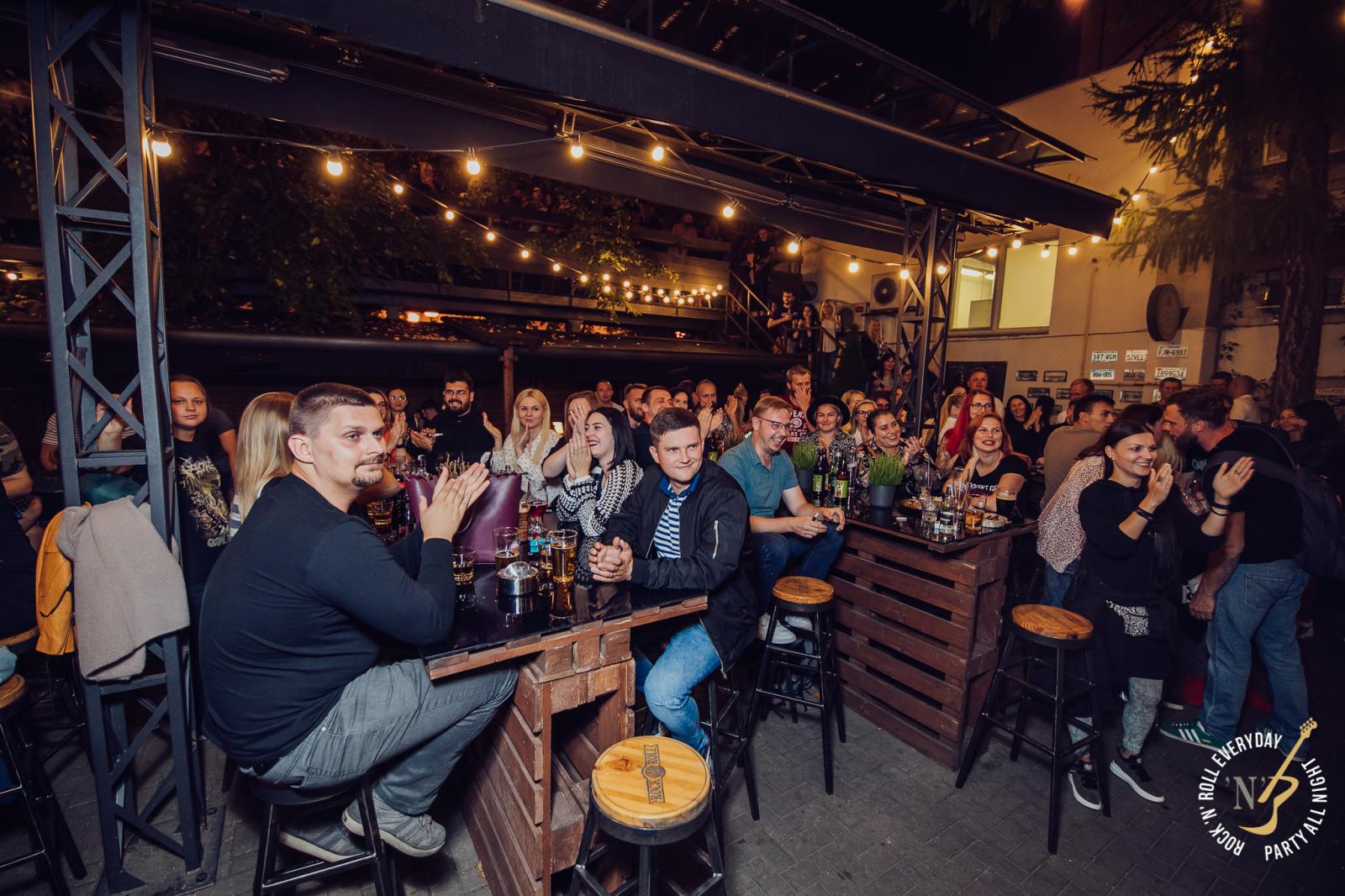 6. A beach in the city? And not artificial or temporary, but eternal. Šiauliai can boast many beaches, which become the biggest attractions in summer. Rėkyva beach delights with sand, the nearby restaurant; here you can even go boating and watch the sunset on the renovated bridge with an observation deck. 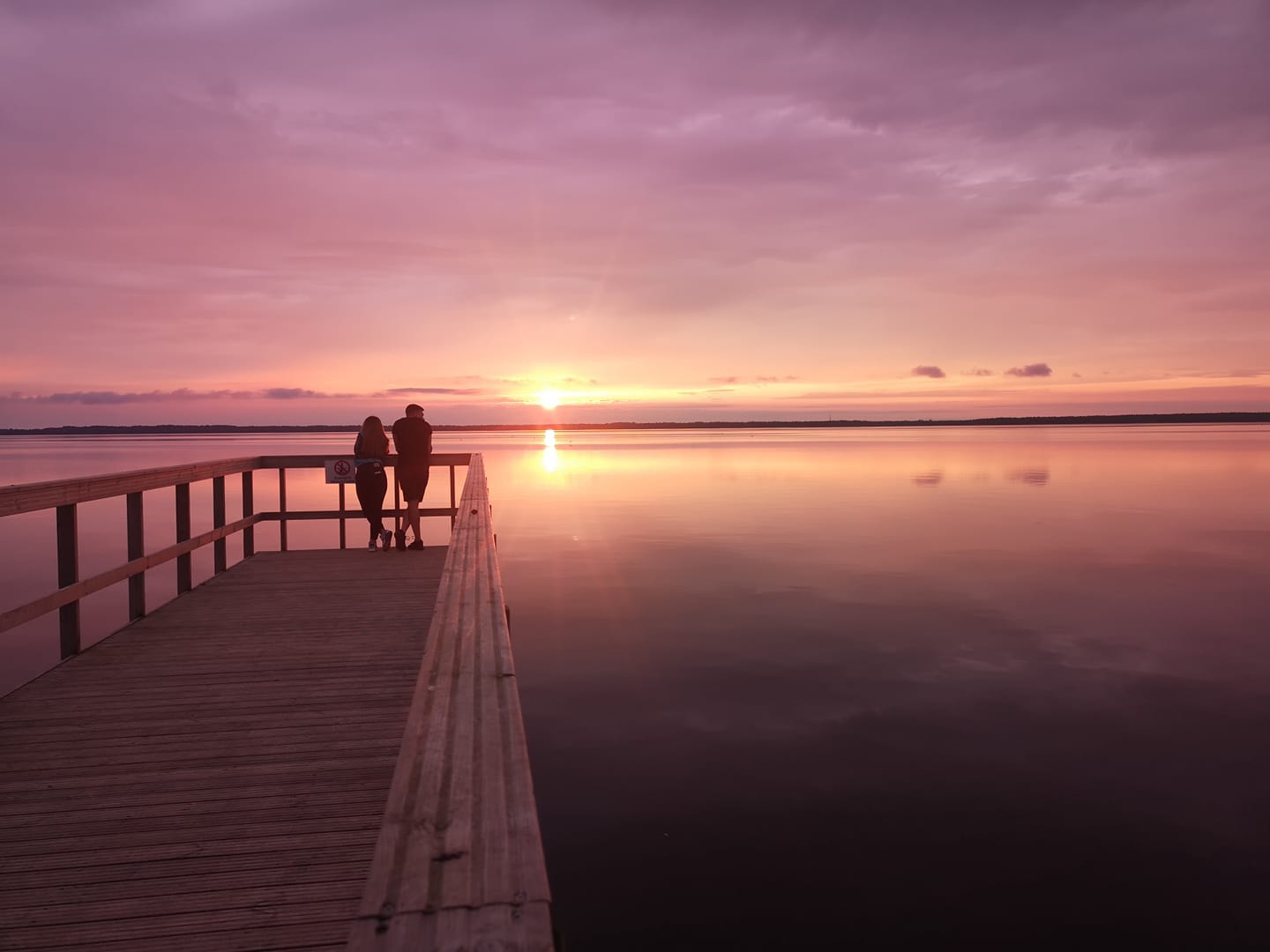 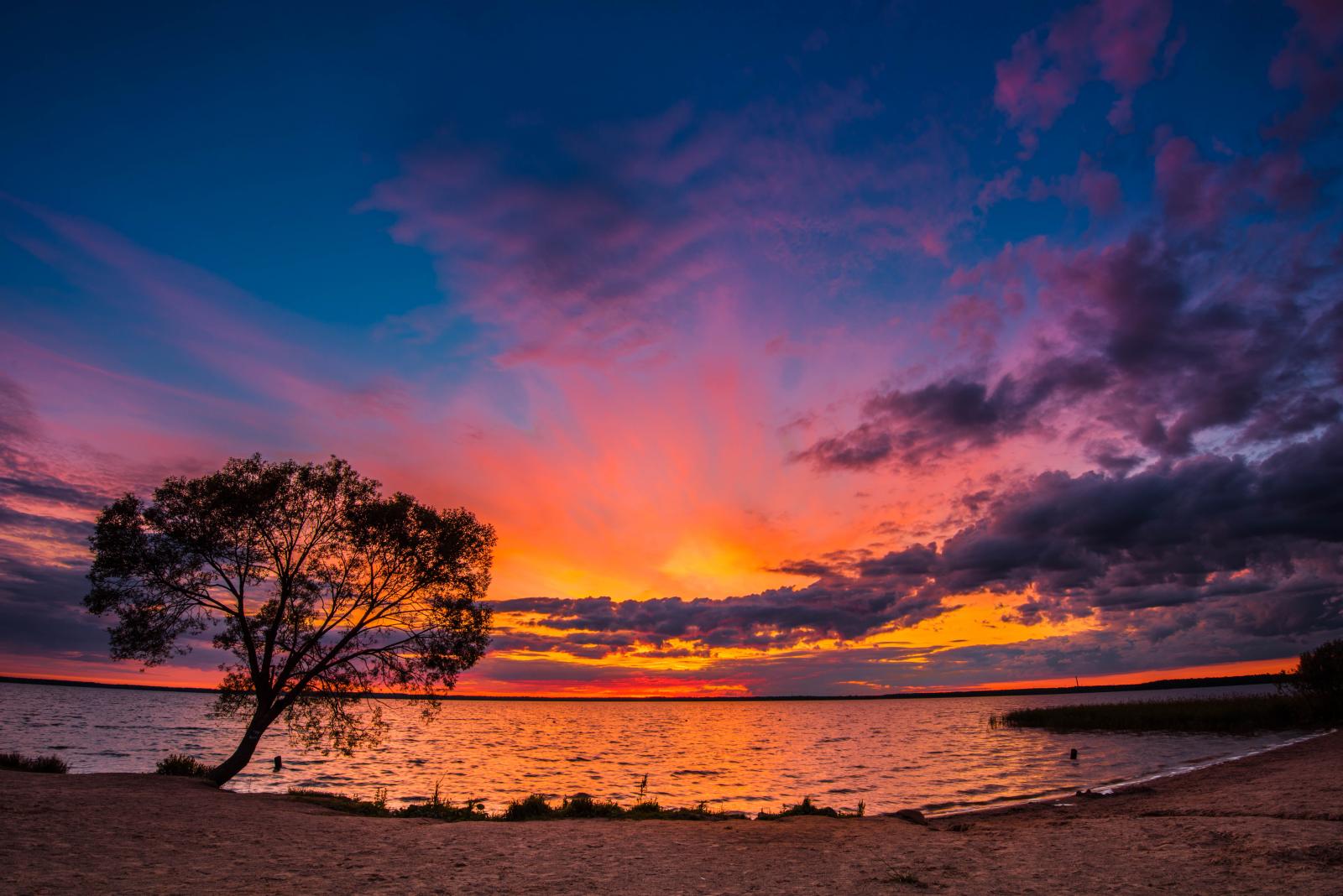 7. Kurtuvėnai Regional Park. If you call a resident of Šiauliai at the weekend and ask where he is, his answer may be, “In Kurtuvėnai”. This regional park presents a bundle of new educational trails, discoveries and events every year. Children don’t take their eyes off horses, the local church and manor barn fascinate adults. The sacred hill Girnikai near Kurtuvėnai is very popular among travellers! Take a look around: if the sky is clear, you will see Mount Šatrija in the west, Šiauliai city in the east, Kurtuvėnai town in the south, and Kuršėnai town in the north. 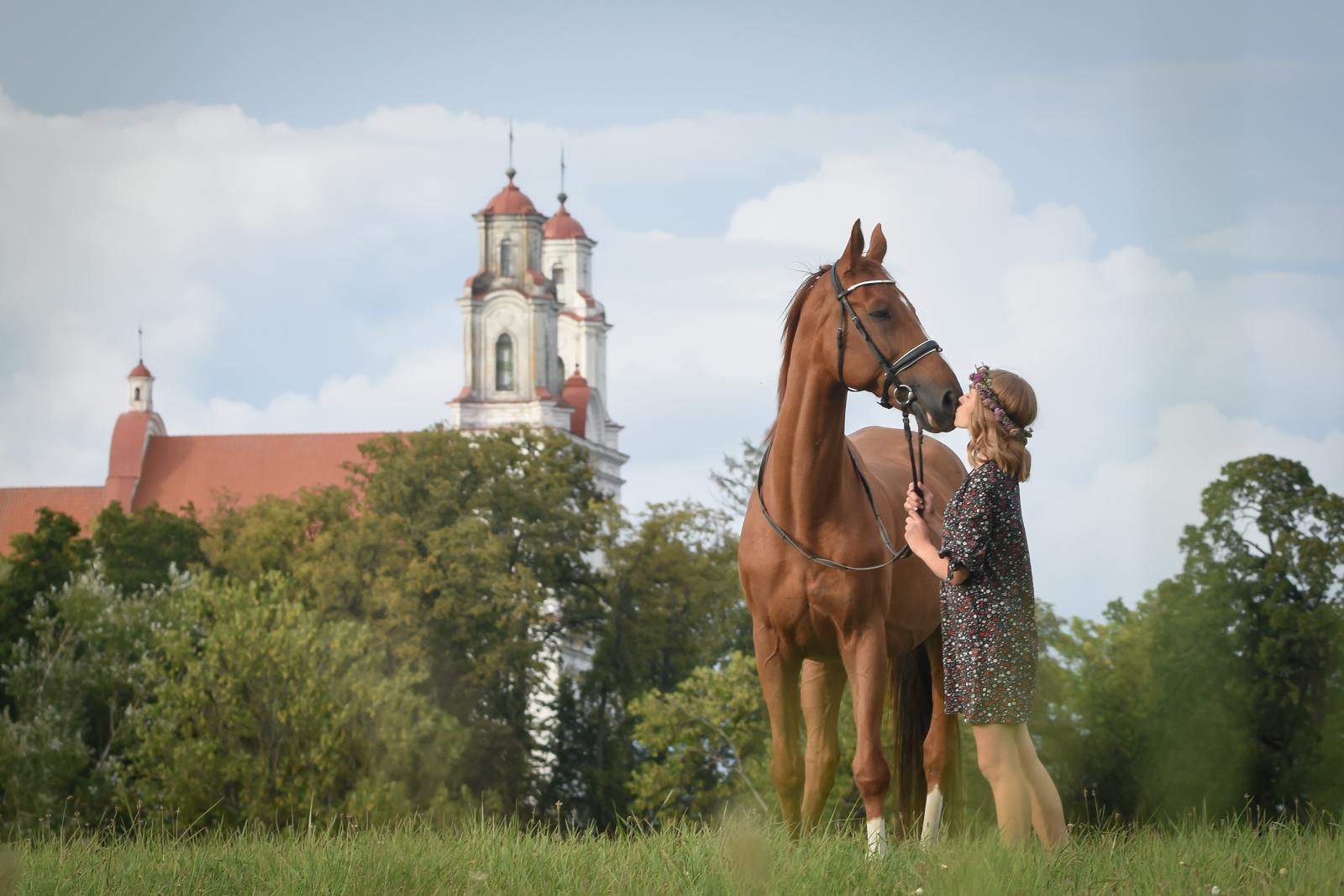 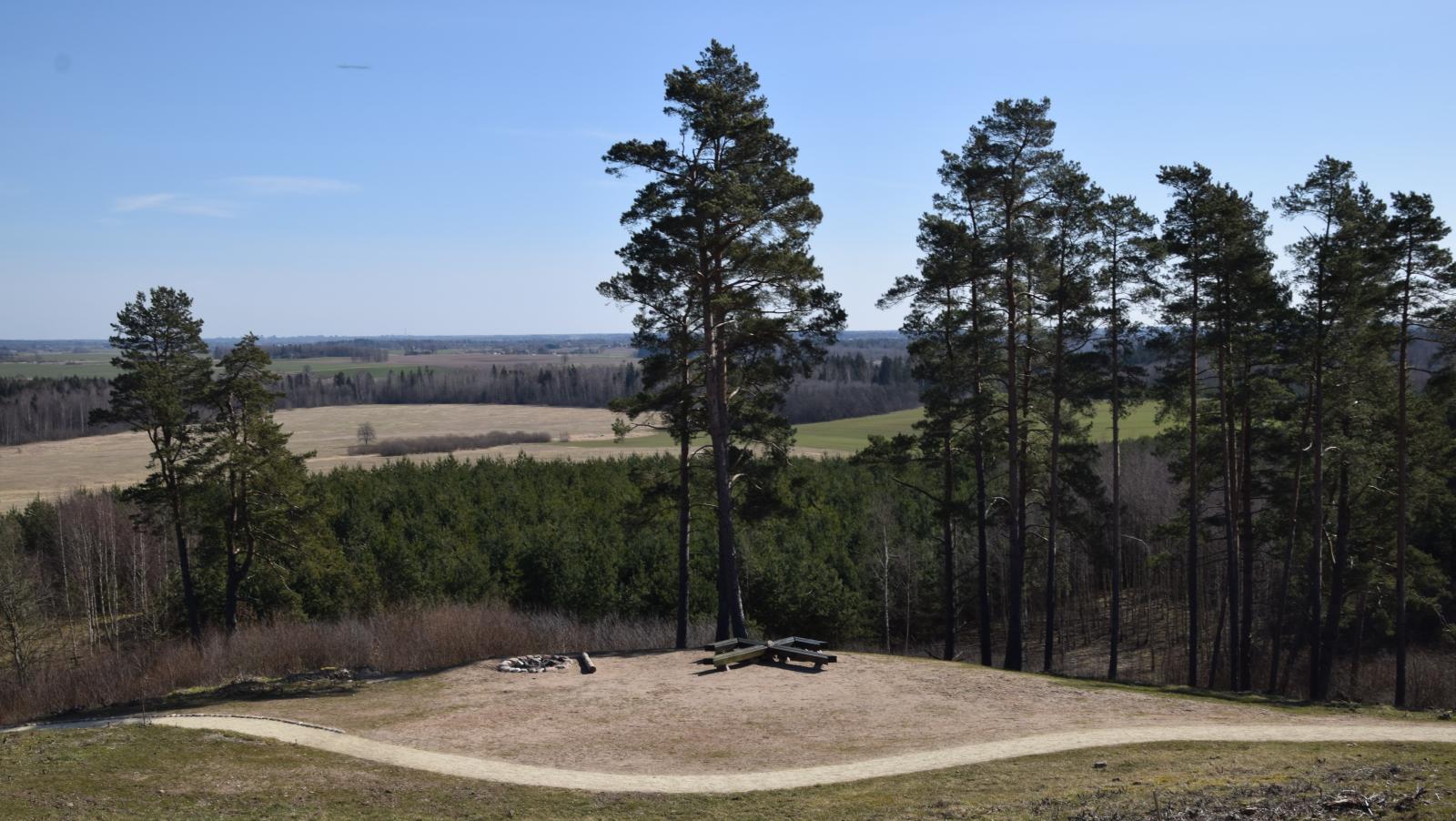 8. We are all waiting for our birthday, so it is not surprising that the birthday of Šiauliai city – Šiauliai Days – in September is the most anticipated celebration of townspeople. Concerts, exhibitions, processions and festive fireworks are an annual tradition.. 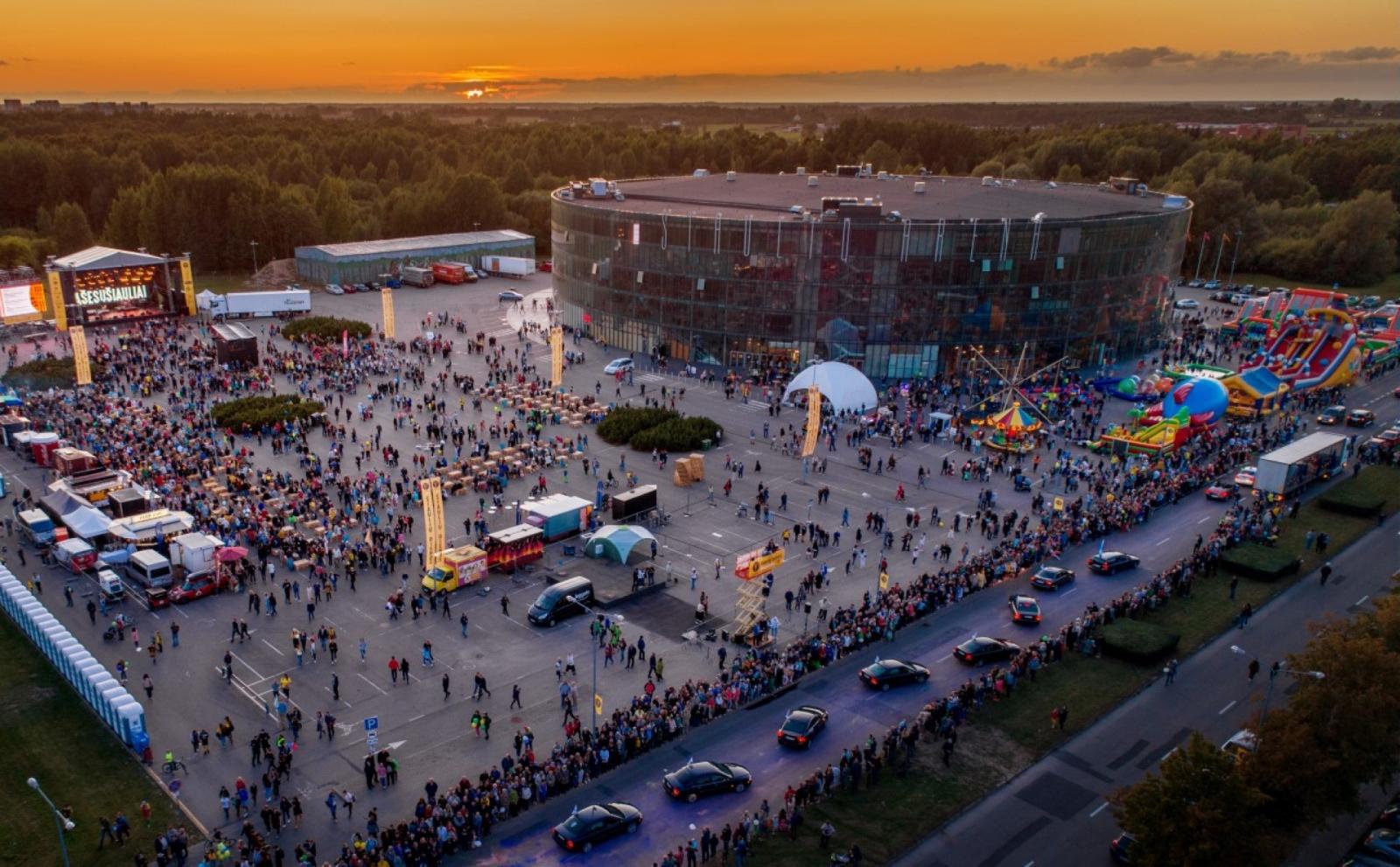 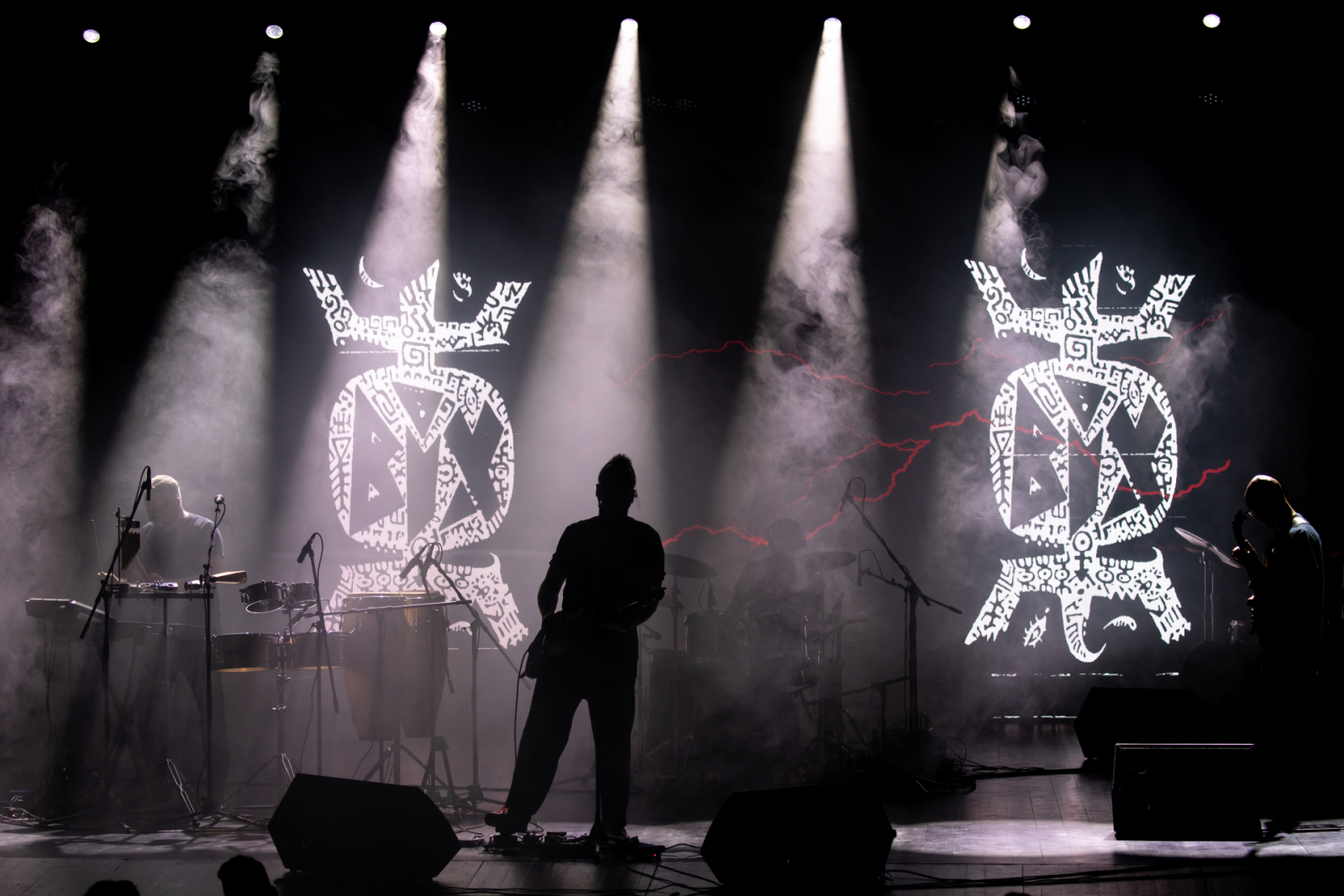 9. Those who remember the times of bicycles “Kregždutė” and “Ereliukas” know that Šiauliai has long been called the city of bicycles. The factory “Baltik Vairas” is still operating, and Šiauliai residents still love bicycles to this day. Here are the most popular places that according to Šiauliai residents are the best for pedalling.

Bačiūnų street bicycle path stretching from Pabaliai to Rėkyva: you can freely and easily pedal along the newest bicycle path in the city. The path leads to Lake Rėkyva, the 10th largest lake in Lithuania.

Lake Talkša bicycle paths. It is probably only at night that cyclists don’t ride on the intense path surrounded by nature. Equipped with lighting, signs, various types of paths, uneven terrain and the lake on the side – everything for a good ride.

Šiauliai - Bubiai. How long would it take to pedal to the sea? Maybe some half an hour, because the bike path to Bubiai dam, also called Šiauliai sea, is one of the most popular routes among Šiauliai residents. On the way, you can climb mounds and admire woods.

10. The ever-developing Dainiai park is already well liked among the residents of the city’s southern area. People ride bicycles, roller skates or walk with Nordic poles around the conifer park, where beautiful Japanese cherries – sakuras – also burst out into blossom in spring. 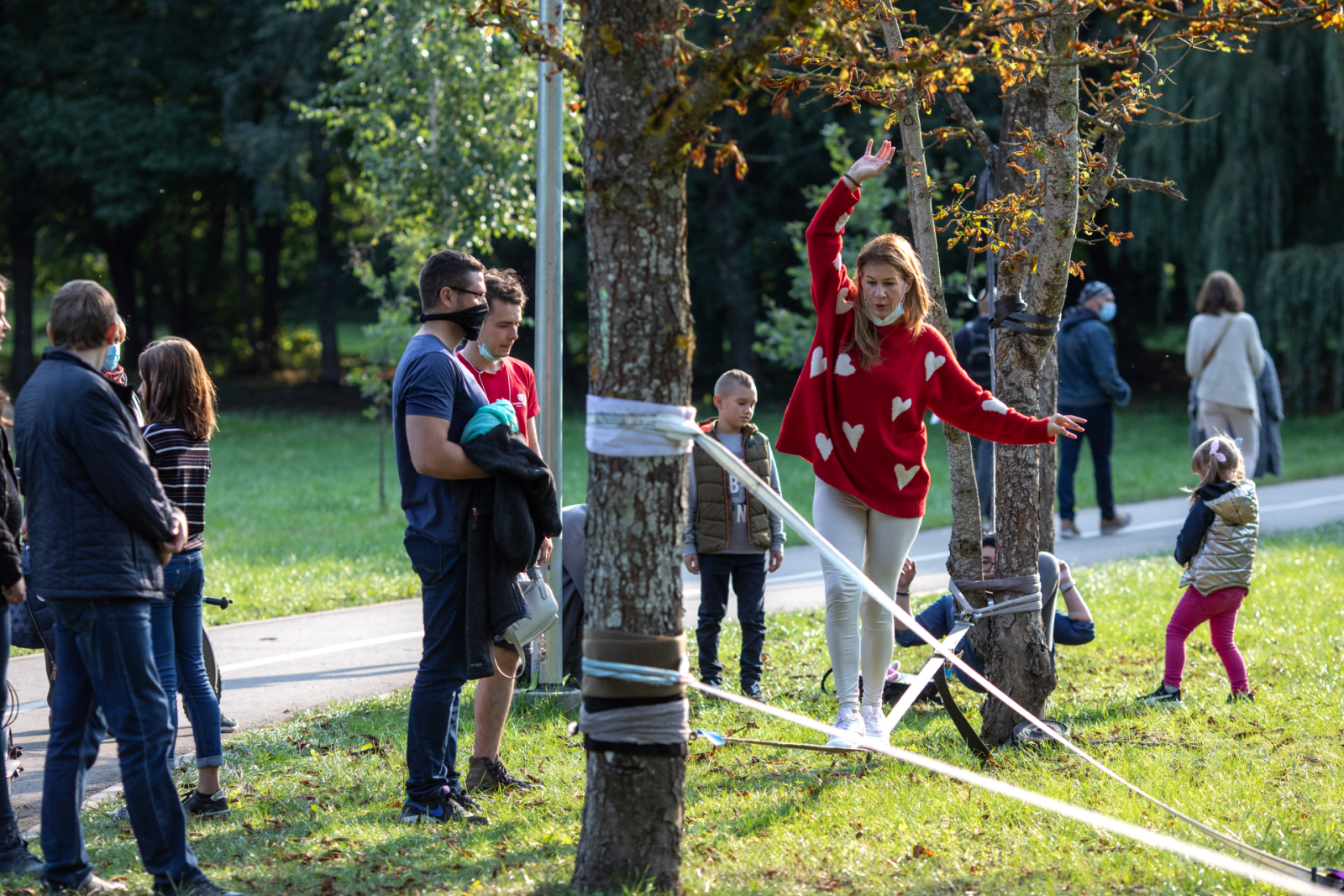 It is an interactive, innovative, modern technology-based learning and cultural awareness tool for Lithuanian and foreign visitors to get to know important and unique cultural heritage objects and famous people in our country