The central square of the city is divided into 4 parts by Aušros Avenue and Tilžės Street. This is the place around which the city of Šiauliai started growing. For centuries, the square was used for markets, fairs, live trading. The square obtained the classical compositions plan in the second half of the 18th century, when in 1774, Antantas Tyzenhauzas, who was appointed the administrator of Šiauliai economy, started the reconstruction of the city centre. In 1938, the market was moved to the current Market square. Currently the square is like the heart of the city, the place for various events, gatherings and city’s celebrations. 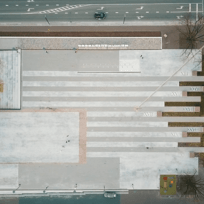 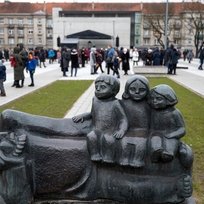