The church was founded in October 1993, in the former unfinished cultural home of the factory “Nuklonas”. Šiauliai Diocese received this building from city authorities for free when the factory went bankrupt. Between 1995 and 2006, believers of the Church of Blessed Virgin Mary Immaculate Conception listened to the Mass, married and baptized their children in the hall that was built for cultural purposes of the factory. This huge building has never been completed: on one side of the building the churchyard was set up while on the other, winds whistled.

On November 5, 2006, on Sunday, the church moved to other temporary premises: the ground floor of the former Dainiai children’s polyclinic. New premises housed the office, several rooms for the priest and deacon.

Construction of the new church ensemble in Šiauliai, on Lyra and Gegužių street corner, started in the beginning of August 2008. Authors of the design were architects of the company “Proporcija” Darius Jakubauskas and Andrius Vernys, who won the competition announced by Šiauliai diocese. A few years ago, they designed the monastery of Saint Benedict in Palendriai (Kelmė district). On September 13, 2008, during the solemn Mass the plot and the cornerstone of the new church were blessed. In the open air, next to the church foundation, the Mass was held by Šiauliai bishop Eugenijus Bartulis and other priests of the diocese.

This church can accommodate over 700 prayers at the same time. The church is 18.5 meters high while the peak of the cross reaches 30 meters. 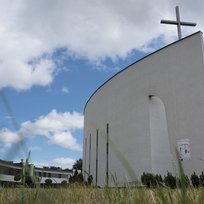 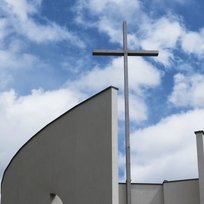 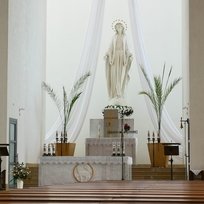 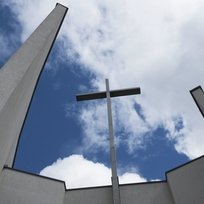 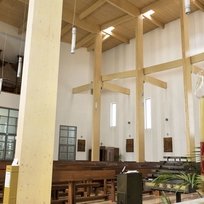 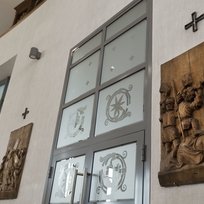 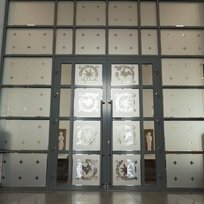 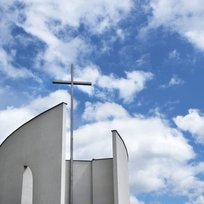 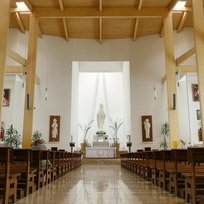 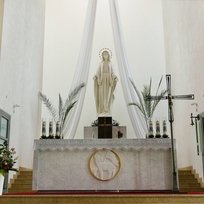 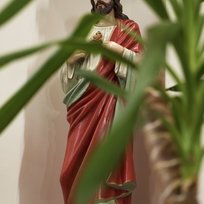 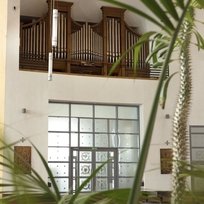 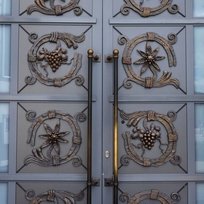 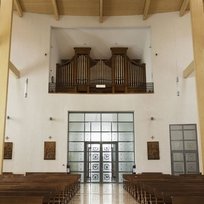 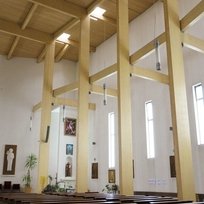 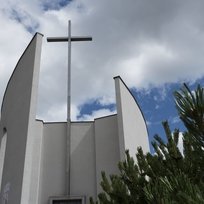 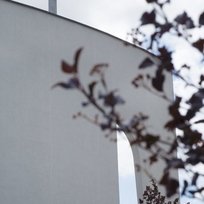