For people with disabilities

If you lift your head passing one building on the pedestrian boulevard, you will see the figures of black cats perched on the roof. No doubt, they are there because the building houses “Valerijonas” (“Valerian”) pharmacy. The pharmacy has operated in the same place for many years – since 1870, when pharmacist Nurokas got a licence to found the third pharmacy in Šiauliai, which was sold to pharmacist Limbergas immediately after its foundation. In 1900, it was already C.Volpė’s pharmacy, employing the pharmacist, the head of the pharmacy and three students. In 1934, when C. Volpė died, his son Ilja Volpė owned the pharmacy and became its head.

In 1948, the former  C.Volpe’s pharmacy housed the pharmacy No.123, which in 1992 was given the name “Valerijonas”, which has remained till now. This pharmacy is one of the oldest pharmacies in Lithuania that has been operating as a pharmacy since its establishment. Since 1977, the pharmacy has been led by Almyra Girdenienė.

She remembers that when she became the head of the pharmacy, its employees would heat it themselves, firing the stove in the basement. This situation lasted till restoration of Independence. Only then hot water was supplied to the building. It was the only pharmacy in Šiauliai, which locally manufactured medicines. Till now the pharmacy keeps very old medical prescriptions. 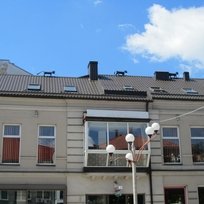 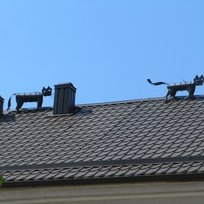 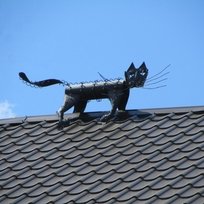