The fountain-sculpture “Pelicans” is in the busiest section of the boulevard. Pelicans were built here in 1978 (author B.Kasperavičienė). Pelicans are cast from concrete and covered with hammered copper. Probably many Šiauliai residents or city guests consider why these exotic birds appeared in Šiauliai.

The legend says that once two pelicans in love lagged behind their squad, lost their way and instead of flying south turned north. Flying above the city of Northern Lithuania Šiauliai, they landed in the puddle to quench thirst. Here the evil sorceress turned them into stones. Pelicans have stood in Šiauliai for several decades and will still stand for a long time, delighting passers-by.

The fountain “Pelicans” is one of the oldest fountains in Šiauliai, its height is 100 cm. The fountain was reconstructed in 2003. 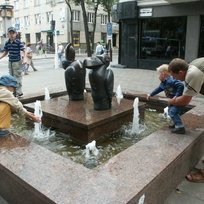 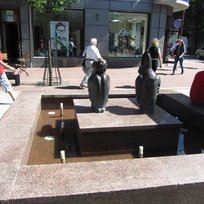 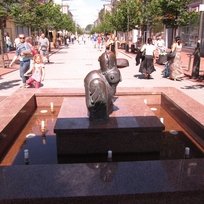 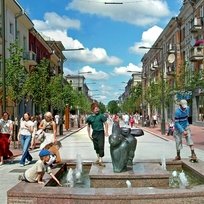 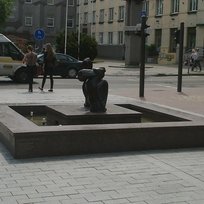 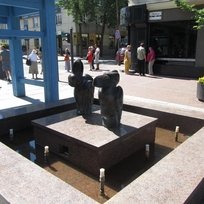 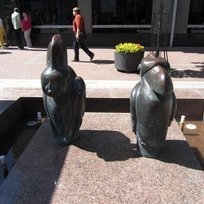 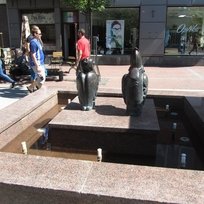 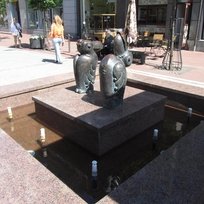 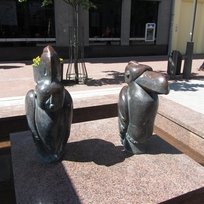 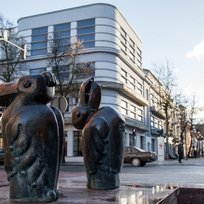 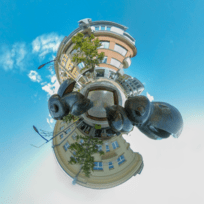 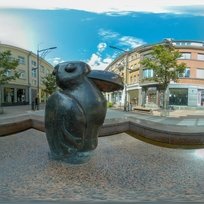