The sculpture of the Duchess Birute in Lauksodis is the only one in the North of Lithuania for this important woman. Organization ‘Birutieciai’, the initiators of the statue, was established in 1926, in the village Lauksodis. In 1930, when neighborhood farmers were organizing the construction of the monument to Duke Vytautas, women ‘Birutietes’ came up with an idea to built one for his mother Birute too. The organization commissioned the cemetery monument from Antanas Nesavas, the sculptor of Zeimelis. The statue of Birute was uncovered and sanctified in 1931.

Birute was restored twice: in the 1990s and in 2001, after nearly 90 years of standing at the crossroads of Lauksodis streets.

At the end of 2015, the specialists of the Cultural Heritage Department Restoration Board identified monument’s condition as poor. There were deep fractures (possibly damaged carcass), cracks, exposed surface layers of bas-reliefs. Moss, lichen, algae also ruined the sculpture. Therefore, it was offered to restore the statue. 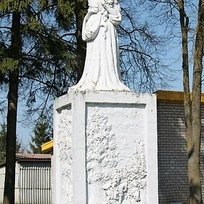 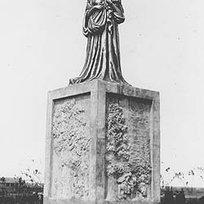