The competition of young performers and groups from the Northern region of Lithuania "Northern Light" is an event held in Šiauliai for the first time, which brings together musical, creative and talented young people who compete with each other for the best title and great prizes!

November 25 6 p.m. The FINAL concert of the project will be held in the Great Hall of Šiauliai Cultural Center (Aušros al. 31). After defeating the competitors of the qualifying round and semi-finals, the strongest contestants will appear on stage together with a professional orchestra. The live music concert also promises to be infected by youthful energy:

The concert is free!

The organizer of the concert is the Šiauliai city concert institution "Saulė".

while participating in the events, you do not object to the fact that they can be filmed or photographed, and their photos are published on the website of the "Saulė" concert hall, in the media or on social networks. 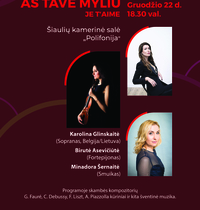 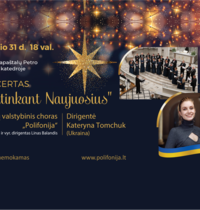