More than 25 years ago Daujotai have opened their family brewery, which is one of the few private breweries of Lithuanian capital, which forms a separate and unique sector of the Lithuanian beer industry.

In 1993, in one small town Pakruojis, located in the North of Lithuania, in a private homeowner, V. Daujotas launched his company Davra with its main activity with of brewing and retailing was established. At that time, Daujotai Brewery produced a rustic beer popular in the region. The beer was brewed in wooden tubs, one for malting and one for fermenting the must, and together both could make up to 200 liters a day. The young beer was grated into oak barrels that were marketed. In 2005, the Daujotas brewery was transformed into a private limited company and relocated to a new brewery on the banks of the beautiful river Kruoja.

*Prior registration is necessary. 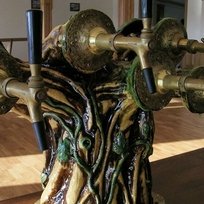 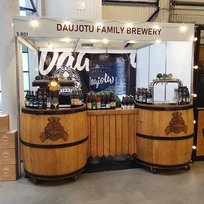