Introduction of the euro gave birth to the idea of the monument to the Lithuanian currency – the Cents Room, which was implemented by artists and representatives of non-governmental organizations.

The idea of the Cent Room was welcomed by the director of Šiauliai University library Gražina Lamanauskienė, who designated a room in the library for that purpose. The project involved the whole library staff and university students. Cents were also glued by kindergarten children together with their educators, national defence volunteers, students, elderly people, representatives of non-governmental organizations, members of the Seimas of the Republic of Lithuania and members of Šiauliai city council, municipality staff. People from the whole Lithuania came to glue cents, and those who did not have such possibility sent cents.

The walls and ceiling of the room were lined with cents, the symbolic throne was built too. A huge one litas coin and the Lithuanian map were hung above it. The whole area of the map was lined with white cents, villages were lined with coins of 10, 20 and 50 Lithuanian cents, while cities were designated by metal litas coins.

Another exhibit of the Cents Room is the Vytis Cross, made from ten litas silver coins. On March 6th, 2015 it was announced that the Cents Room was made from 157 130 coins. The total value of coins is 3 305 litas and 65 cents. Protocols signed by the counting committee were given over to Lithuanian Records Registration Agency “Factum”. 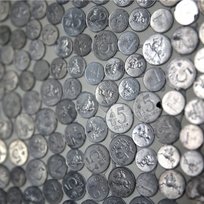 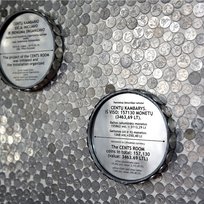 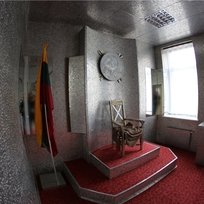 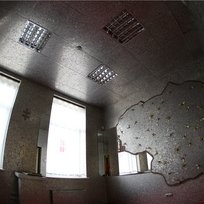 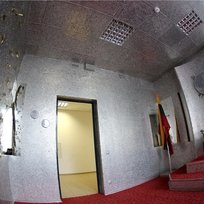 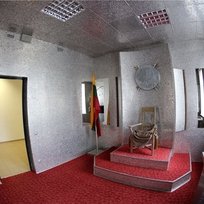 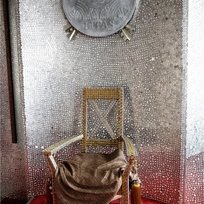 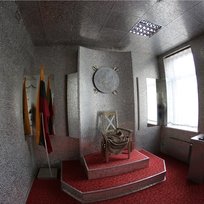 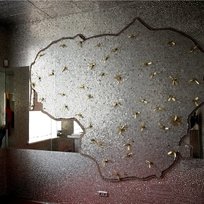