Pakruojis Jewish synagogue, built in 1801, is one of the oldest wooden synagogues in Lithuania. In 1885, it was repaired and repainted. 16 meter-long and 12-meter-wide building has to this day retained a two-stage quadrangular roof. According to experts, exterior of the synagogue was influenced by the forms of Lithuanian folk architecture. Interior was dominated by elements of decor specific to Jewish ethnic symbols, while paintings featured motifs of flora and fauna. An exquisitely charming and impressive former condo of this synagogue, the Aron, is a series of three tapering to the top, carved from wood and painted. 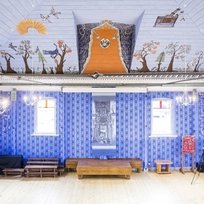 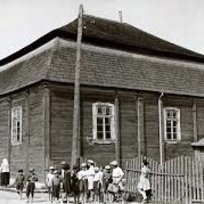 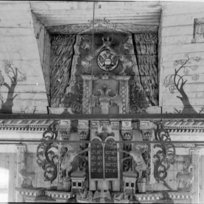