Naisiai is famous not only for its serial “Naisių vasara”, which has won a prestigious award “Sidabrinė gervė” in the television series category, but also for its traditions. In 2015, Naisiai was the first to become the “Small Capital of Culture” in Lithuania. This is where the Museum of Baltic Gods, the only museum of this kind in Lithuania, adorned with more than 50 oak sculptures of Baltic Gods was founded. Other unique museums are the Museum of Bird Nesting Boxes, the Museum of Baltic Herbage and Šiauliai Regional Literature Museum that has operated for 37 years. The landscape is enriched with paganism expressed by attractions such as Sun Square, Alka Hill, Fire Square, the Moon’s Eye, Lake Laimė, Island of Love and the impressively large Baltai Arena. The size of this arena is like the one of the Roman Coliseum. The arena accommodates 25,000-30,000 visitors. Naisiai is also known for its professional theatre “Naisių vasara”, Ramūnas Karbauskis’ Žemaitukai Horse Stud, a Paintball Centre and ever-renewing entertainments for families. 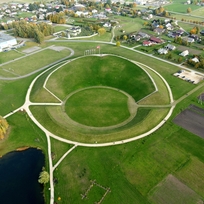 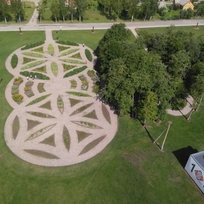 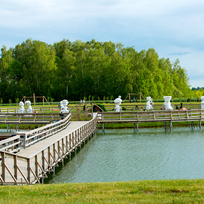 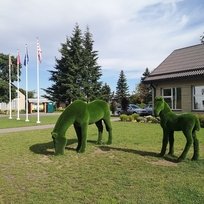