The Manor was first mentioned in historical sources in 1692 owners fo the Manor were the Burbos, later on the Drabišiai, the Taujanskai, the Staseviciai, the Tiškeviciai became the landlords of the Manor. Within the period from 1819 to 1941 the Manor was under the management of the Baženskiai, noblemen of the East-Prussian origin. It was they who have built the Neo-Gothic Palace of the Manor in Burbiškis which has remained until the present days. It is believed that previously the Manor was wooden but it burnt down during World War One. The new Palace of the Manor was set of patio stones, with a two-floor tower finished with castellated cocks at the top.

The buildings of the Manor have been formed in such a manner that they would form a large closed yard, therefore the ensemble of the Manor slightly reminds of a fortress.

In the begining of the 20thcentury the Manor used to be a place for cultural gatherings because one of the Baženskiai, namely Ignas, was married to Marija, daughter of the famous public figure Petras Vileišis (1851-1926).

Besides P. Vileišis, Jonas Basanavicius and other famous contemporary cultural activists used to pay their visits at the Manor.

The Manor is surrounded by a landscape-type park covering over 28 ha. It is decorated with island mansions, tree parkways and pieces of work by the talented sculptor Kazimieras Ulianskis(1888-1915): Monument of Poet Adomas Mickevicius(1911), Monument of Vytautas, Grand Duke of Lithuania(1912), sculptures of lions on the Lion Bridge, Statue of Mary. 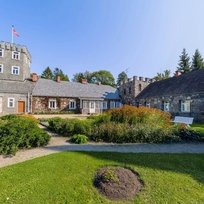 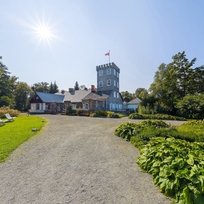 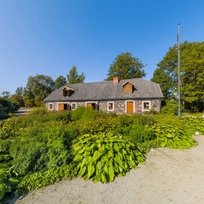 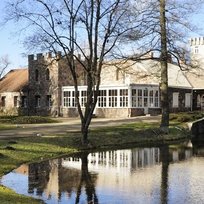 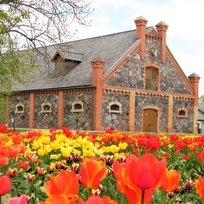 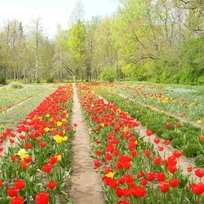 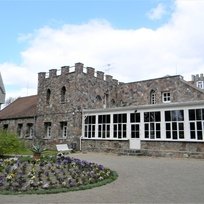 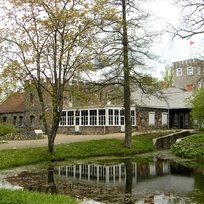 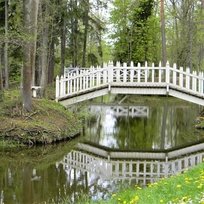 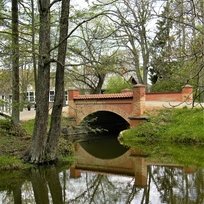 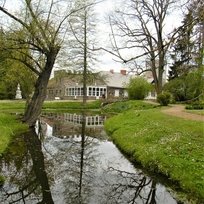 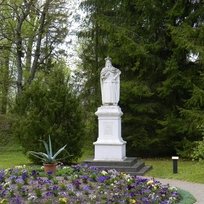