Baisogala manor ensemble was built in the 19th century. end - 20th century per., palace - 1830-1847. During the management of the Komar manor, the palace was rebuilt and enlarged several times and restored after the wars. While living in Komaram, the palace had all the comforts of that time: bathrooms, plumbing, central heating.

1952 The Lithuanian Institute of Animal Husbandry was established in the manor and is still operating.

The palace is surrounded by a 12-hectare park dating back to the 19th century. It has a number of exotic varieties of trees, ponds, alleyways of old linden and chestnut trees. 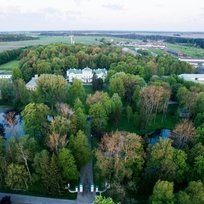 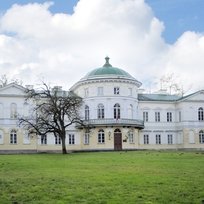 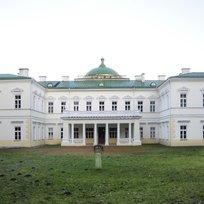