The complex “Girele” is occupying the territory of 4, 5 ha 7 kilometers away from the city of Siauliai next to the forest better known as Melynbala.

The main building of the farmstead is situated in place where the center of currently extinguished village of Domantai used to be. At the beginning there was a school which was burnt down during the war and later a shop, better known as Kapke by locals, was built during the occupancy by Russia.

You can visit the famous Hill of Crosses, Kryziu Kalnas, which is just 2 kilometers away and is easily seen from Siauliai – Ryga highway. It is one of the most mysterious, beautiful, and spiritual places in the country.

Decorated with thousands of crucifixes, the Hill of Crosses is a long-standing Lithuanian tradition of individual devotion at a single, sacred place. The Hill of Crosses can be reached weather on foot or by bicycle.

The Farmstead “Girele” consists of 4 separate buildings which are representing the authentic traditions of architecture in the region. 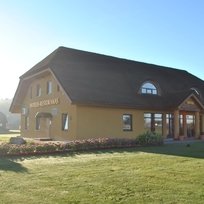 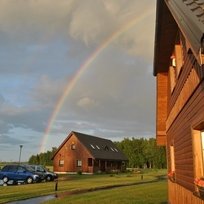 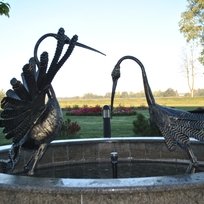 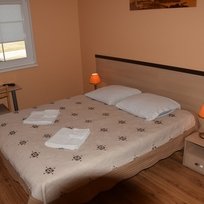